Boost Your Workout With Caffeine

Get the scoop on how caffeine, the world's most popular stimulant, can jack up your workout without keeping you up!

Nothing delivers a bigger kick in the pants before a workout than caffeine. It's no wonder that caffeinated pills and drinks are the most common supplement category among bodybuilders, athletes, and gym-goers. Study after study has shown that caffeine can increase alertness, sharpen focus, improve mood, improve tolerance for pain caused by exercise, help burn fat, and help athletes do more work for longer periods in the gym and in sport.

In fact, caffeine works so well that, up until 2004, its use was banned by the World Anti-Doping Agency. I know what you're thinking: "Ban caffeine? Yeah right. Everybody uses it!" And that was basically the line of thinking that ended the ban, since a "threshold level" between social use and abuse couldn't effectively be established. Since then, urine samples have shown that more than 75 percent of elite athletes routinely use caffeine during competition.

That says nothing of its use among non-athletes at home, at work, or, in some cases, pretty much all the time. Today, 90 percent of North Americans regularly use this slightly bitter psychoactive stimulant in one form or another, and at least 80 percent of us do so daily.

Whether you take it or not, do you know what caffeine is, or what it does? Here's what the science says about how the world's most popular stimulant can help your training.

Where Does Caffeine Come From?

In nature, caffeine is a potent insecticide which plants produce to help kill off certain pests—but not all insects, interestingly. Caffeine actually offers memory enhancement and a healthy buzz to pollinating insects such as bees.

Like chocolate and pomegranate, which I discussed in two previous articles, caffeine seems to have been consumed since the earliest days of recorded human history. As such, it has multiple tales of origin, including a Chinese legend in which the ancient emperor Shennong accidentally discovered tea in 3000 BC, after certain leaves fell in a container of boiling water. 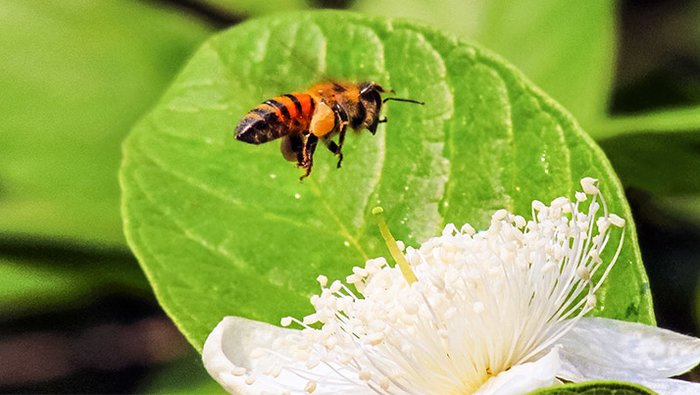 Caffeine actually offers memory enhancement and a healthy buzz to pollinating insects such as bees.

Whether this is true or not, people seem to have been drinking caffeinated beverages for about as far back as we can measure, and considering them indispensable for nearly as long. The ancient Chinese philosopher Lao-Tzu—the "teach a man to fish" guy—famously called tea the "elixir of life" back around the 6th century B.C.

Coffee has a more finite history, dating back to Arabic culture in the 14th and 15th centuries, where it was the subject of both loyalty and controversy as a popular way to stay awake during evening prayers. From there, it didn't take long to travel the trade routes to Europe, alongside tea and, soon afterward, drinkable chocolate.

More recently, caffeine was first isolated in the early 1800s by German chemists, and shortly afterward by their French counterparts. This is where its name comes from, originating from the German word Kaffee and the French café , both of which refer to coffee.

Appropriately, most of the caffeine we consume today is extracted from plants during the process of decaffeinating either coffee or tea.

How Does It Affect Performance?

Caffeine works on the central nervous system by promoting spinal cord excitability and muscle fiber recruitment, while decreasing perceptions of fatigue and muscle pain. It's been demonstrated to improve physical performance in all manner of sports while also delaying mental fatigue.

Caffeine can improve performance in a variety of sports and delay fatigue.

Among the benefits it has been shown to provide are:

Are There Any Side Effects?

Taking too much caffeine can contribute to anxiety, as most of us discovered in our initial youthful dalliances. However, there are several other considerations you should be aware of.

Caffeine is addictive, and withdrawal can occur in habitual consumers of more than 200 mg per day. Symptoms can last for 2-9 days, and include headaches, anxiety, depression, and cravings. You can alleviate these side effects by weaning off the dosage until the desired amount is reached.

Some of us metabolize caffeine quickly, while others are slow metabolizers. How dramatically it affects you, and for how long, will vary person by person. If you're extremely sensitive to caffeine or are prone to anxiety, limit your consumption. This may sound obvious, but it's surprising how many people wonder why they aren't sleeping well while the answer is right in front of them. 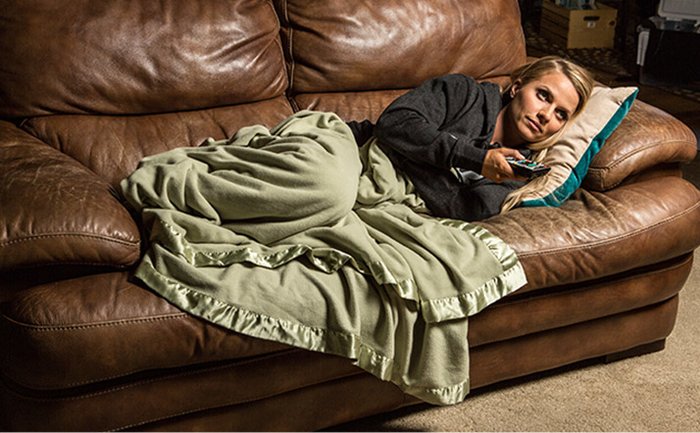 If you're extremely sensitive to caffeine, limit your overall consumption and don't use it before you hit the hay.

What Are The Most Popular Sources?

Studies show that whether you drink your caffeine or take it as a pill makes little difference on athletic performance. However, there are some additional health benefits when taking it from natural sources. Here are the most common ways of ingesting caffeine, their advantages and limitations.

This common delivery system for caffeine is loaded with antioxidants that may help lessen the oxidative damage muscles experience from lifting weights.

One significant drawback is that levels vary widely depending on preparation methods and types of beans.

Widely available, usually with some protein added in the form of milk, though most have added sugars as well. Also difficult to know exactly how much caffeine you get.

Tea is loaded with antioxidants, notably epigallocatechin gallate, or EGCG, which has been shown to have fat-burning capabilities. Caffeine content in teas varies greatly, though black tea typically contains more than green tea.

The caffeine content in soft drinks runs the gamut from insignificant to massive. Unless you opt for a diet version, they're also usually high in sugar and artificial ingredients.

At $0.10 per serving or less, this is perhaps the most affordable and efficient way to take caffeine without having to worry about what else is in it.

The downside: A single pill can leave you jittery if you've never tried it before, so start with small dosages.

As I discussed previously, chocolate contains the potent antioxidant epicatechin among other undeniably healthy ingredients, but it is also usually loaded with sugar. Choose a product with at least 70 percent cocoa, which provides more epicatechin and less sugar.

These are convenient but typically loaded with sugar, unless you choose the sugar-free versions. It's a relatively expensive way to consume caffeine, too.

These typically don't contain added sugars, but are still expensive. The FDA doesn't require them to list caffeine content on labels so you might not know exactly how much caffeine you get.

Carbohydrate gel packs are made for endurance athletes, sometimes containing caffeine to boost low blood sugar levels. Not all gels contain caffeine, so if you definitely want the caffeine or definitely don't, pay attention to the label. These should be consumed with plenty of water.

Though data show that green tea affects metabolism, most manufacturers don't list the exact caffeine content on this popular fat-burner.

The caffeine in these novel treats absorbs quickly, but the downside is that most varieties fail to adequate mask the acrid flavor of the caffeine itself. They taste bad.

These are convenient and often combined with other pre-workout goodies including creatine, beta-alanine, arginine, and citrulline. You can also mix into your favorite beverage to watch calories.

How Should I Take It?

If you're like most people, you don't need me to tell you how to take caffeine, because you're already doing it. But, from an athletic perspective, here are a couple points to consider to maximize your performance:

You can start feeling the effects of caffeine with as little as 20 mg (0.3 mg/kg of bodyweight). If you've never used it before, start with the lowest dose and work up accordingly.

The benefits of caffeine appear to be maxed out at around 200 mg (3 mg/kg of bodyweight), with no additional benefits coming at much higher doses. At very high doses (6 mg/kg of bodyweight or 400 mg4) caffeine may start to decrease performance, and increase anxiety and cortisol. You may not think that applies to you, but many people take multiple caffeinated substances without realizing how much total caffeine they ingest.

Do you take a 100 mg cup of coffee, 150 mg fat-burner, and 200 mg (or more) pre-workout in the same morning? That's a lot of caffeine. If you experience symptoms like shaking, anxiety, nervousness, or heart palpitations, cut back on the dosage.

Caffeine levels in your bloodstream peak approximately 60-90 minutes after consumption. Therefore, you should take it 1-2 hours prior to your training.

Remember that caffeine has a relatively long half-life of about six hours, which means that if you take a 200 mg tablet at 6 p.m., you'll still have half that amount in your body at midnight. It can affect your sleep cycle if you're not careful.

You can find caffeine included in -